The Case for Christian Freedoms: 800 Years since Magna Carta Review

A Case for Christian freedoms: 800 years since Magna Carta 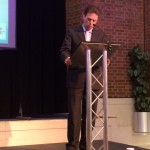 On 12th March, delegates from all over the UK and across Europe gathered at The Emmanuel Centre to examine the reality of Christian Rights and Freedoms in the UK in light of the historic signing of Magna Carta in 1215.

Rightly seen as the foundation of Western democracy and with enduring influence worldwide, the Charter was examined from a range of perspectives, culminating in an examination of the increasing challenges being posed to Christian rights in the UK today.

Chaired by Baroness Caroline Cox, who shared insights from her humanitarian work across the globe – often taking her to some of the world’s most dangerous trouble spots – the day started with an explanation of the historical background to the Charter by Anthony Busk. This was followed by a brilliant analysis by Bishop Michael Nazir-Ali of the theological origins of the rule of law – rooted in the legal codes first put forward by the Anglo-Saxons; enshrined in Magna Carta under guidance from Archbishop Stephen Langton; and subsequently developed down the centuries as a basis for the protection of individual rights against the coercive and abusive power of the State. 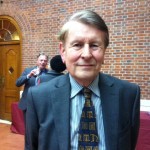 The vital importance of religious freedom to democracy, counterpointed against secular suspicion, was analysed by one of the countries leading philosophers, Professor Roger Trigg. Lawyer and author John Scriven examined the issue of Freedom and the State, from its origins and development to the challenges being faced today, as evidenced by the provisions and interpretation of the Equality Act 2010. This was further developed by writer and political activist Robert Harris, who looked in particular at three recent cases where Christian rights and freedom have been challenged in the courts.

However, the threats to Christian Rights are not limited to the UK, but are global. International insights were provided by Hungarian diplomat Peter Danku and by Dale Kuehne, Richard L. Bready Professor of Ethics, Economics and the Common Good at Saint Anselm College, New Hampshire. Both emphasized that Christians worldwide need to stand together to combat the growing threat.

In the final presentation Lynda Rose, CEO of VfJUK, looked at the reality of ‘Rights’. She argued that what society today calls Human Rights are neither automatic nor inevitable, but flow uniquely from our Judeo-Christian heritage, which gives value to men and women as made in the image of God. She argued that the UK today finds itself caught in a three-stranded ideological battle, between Christianity on the one hand, and Secularism and Islam on the other. If we fail to defend our Christian Freedoms and Rights, she warned, we will lose them altogether. She suggested a five point strategy to reChristianise the UK.

A book containing expanded versions of the conference talks, together with contributions from others working in the field of Rights, is currently in joint production between Voice for Justice UK and Wilberforce Publications. It will be published in June, and will be available for order from both VfJUK and Wilberforce.

To order a DVD of the day, or CDs of any of the talks, download one of the order forms and return to the address on the form: Order Form. 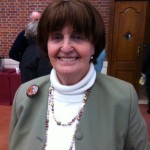 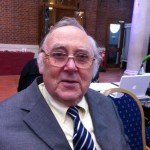 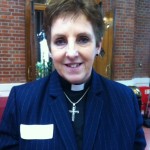 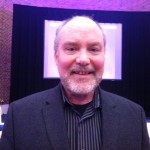